The most famous patrons in the history of our state

When a person reaches a certain level of financial and moral well-being, sometimes it is tempting to share their wealth with others. Such people are called patrons and unfortunately, there are very few of them. Patronage is similar to charity and sponsorship but there are differences. It is fair to understand these categories and list the most famous patrons of Russia.

In itself, this concept originated in the United States and in Russia it passed through various periods. In the United States and European countries, large capital was considered an indicator of righteousness and godliness. In Russia, on the contrary, rich people were considered bad and unworthy. Our vice is not poverty but rather prosperity. Although people who have deep pocket were treated negatively, the Russian rich people still tried to share their wealth, moving forward science and culture. Many leading patrons of the world came from the peasant class, sincerely believed in God and were sure that they should help the suffering ones. Though, there were also those who dreamed to be awarded for merits.

The most famous patrons of the past

Gavrila Solodovnikov (1826-1901). Solodovnikov, as a merchant, made a major donation in Russian history. He gave 20 million rubles and he had only 2 million from his capital. The money was directed to the needs of society. Gavrilov since childhood helped his father in the paper trade, which is why he never learned neither writing nor reading, nor to speak fluently. At the same time, by the age of 20, Solodovnikov entered the merchants guild and by the age of 40, he became a millionaire. It is known that he was very thrifty, quietly ate yesterday’s food and went in carts without a rubber rim.

Alexander Stieglitz (1814-1884). This baron, financier, earned 100 million rubles and gave 6 million to charity. Stieglitz was the richest man in 19th century Russia. After a successful career the baron put money on deposit, received interest, bought a house on the English Embankment and lived an unsociable life. Stieglitz financially participated in the construction of railways in the country. He also donated a lot to the construction of the Museum of arts and crafts with a luxurious collection, which was then transferred to the Hermitage. 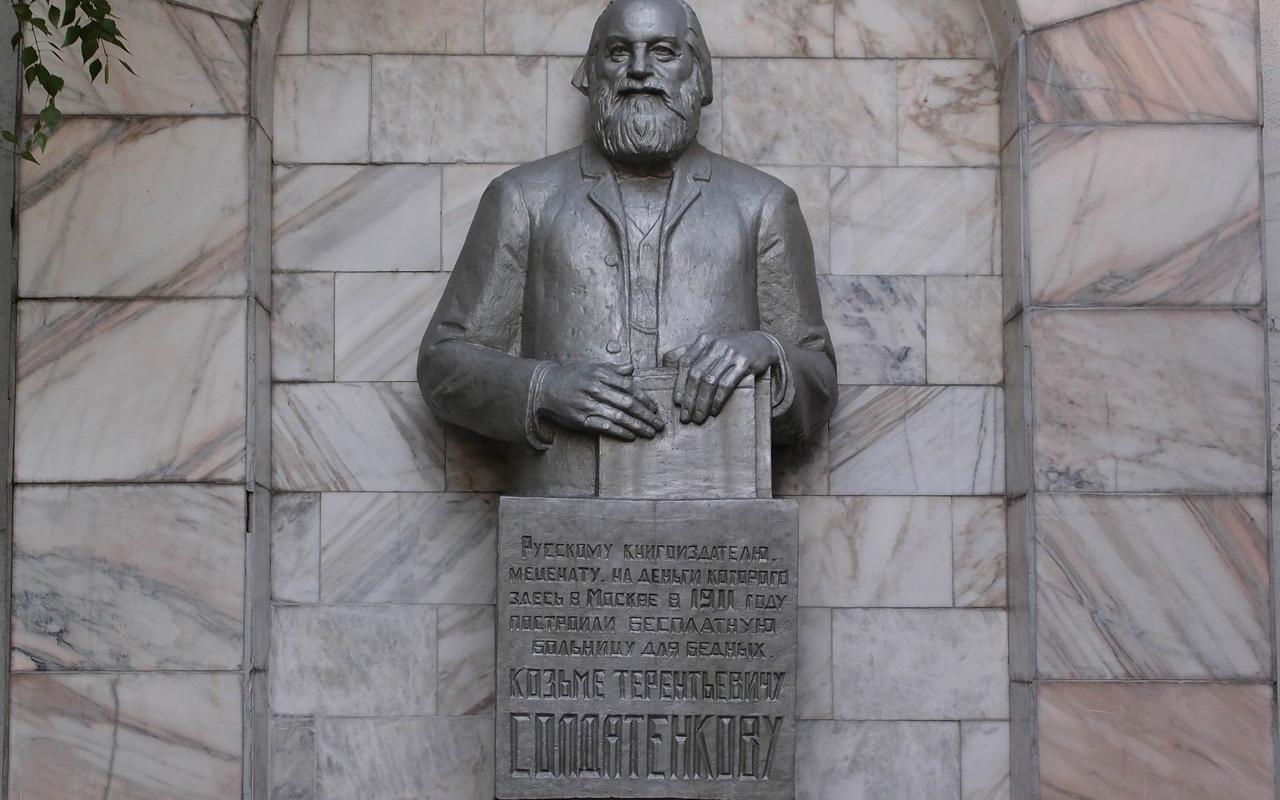 Yury Nechaev-Maltsov (1834-1913). His contribution amounted to 3 million rubles. By the age of 46, he inherited from his uncle a whole network of glass workshops. Prior to that, Yury led a very modest, even poor life, so suddenly fallen wealth led to changes in his character. He was very stingy, and at every feast he was sad because the money spent on food and drink, could be spend on building materials. The patron invested in the construction of the Museum of fine arts. It is noteworthy that for ten years he did not advertise his name in charity events.

Kuzma Soldatenkov (1818-1901). His contribution amounted to 5 million rubles. Kuzma was engaged in trade in paper yarn, also had shares in textile factories, owned a brewery and an accounting bank. The philanthropist himself grew up in an ignorant family of old believers and could not read or write while his parents were alive. After their demise, Soldatenkov began to greedily absorb all the knowledge available to him. The merchant gave money to create a non-profit publishing house so that the poor people could also read books.