Skip to content
Главная
Lifestyle
Why do wealthy people with taste choose a Bentley car?

A new Bentley car is the perfect companion for a wealthy person.

About six months ago, sales of the third generation Bentley car began in Russia. The Gran Turismo model has significant differences from its predecessors, primarily due to new technologies inside. They collect this car in the British city of Crew, at the company’s main plant, and all the most important operations are carried out manually. The Continental GT model has become a quality, reliable and incredibly stylish product of a well-known company, worthy of becoming a companion to the most affluent and demanding customer.

Specification and appearance of a new Bentley car

A Bentley car has its own distinctive style guessed unmistakably at first glance. Continental GT also has this corporate identity. The body is slightly modified, longer and more prominent and lower. The parameters have changed mainly due to the wheels moved closer to the front overhang. The car became lighter on 80 kilograms – the engineers used the technology of super-shaping – the aluminum is heated to 500 degrees, after which you can “mold” anything to the joy of designers. Previously, this method of melting aluminum was used only for the manufacture of the wings of machines – and now it is used to manufacture the entire vehicle.
The closer a person gets to the new Bentley car, the brighter the headlights will flare up – like crystal glasses that refract light. Inside the headlights installed new LEDs on matrix technology.
Acceleration speed of the car to 100 km / h is 3.7 seconds. Maximum speed is 333 km / h. The 6-liter engine W12 TSI meets for the movement. The car has ideal maneuverability and speed of a response to the movements of the driver. In any situation, on any road the car goes very smoothly – you will not notice a single bump.
A complete set of 8-speed automatic transmission with dual clutch. Also installed a new chassis with proprietary system Dynamic Ride.
Inside the car is no less beautiful than the outside. The interior is trimmed with veneer, natural leather and chrome, polished by hand. For finishing one car about 10 square meters of wood is used. The seat can be adjusted according to 20 different parameters; there are options for heating, cooling and massage. 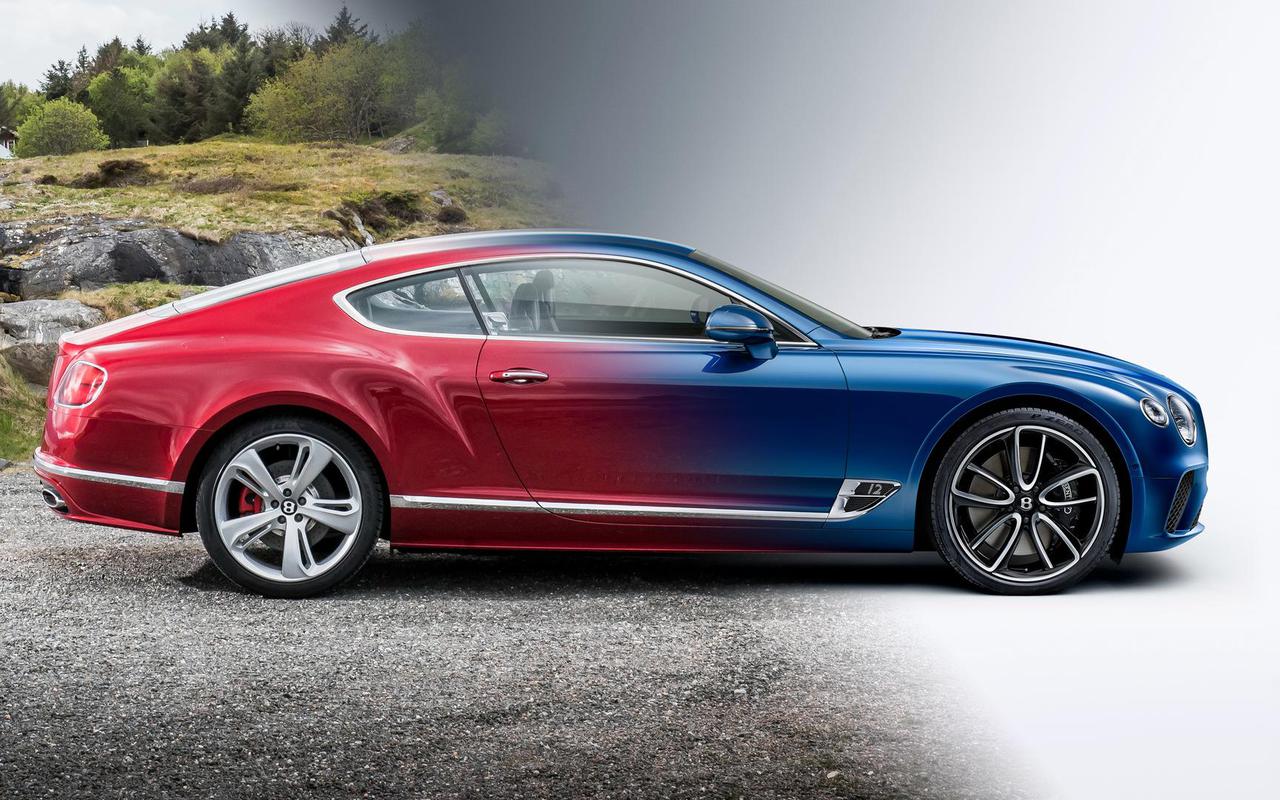 Most Bentley engineers are proud of the Rotating Display electronic dashboard. When it is cut, it is just a smooth veneer surface. As soon as you start the car, the veneer slides forward a bit and a touch panel with three main dials appears on the three-sided rotating element. Also on the display, you can configure which three additional parameters you want to see – for example, media switching, phone and navigation system.

Everything listed above is only a basic version, but Bentley offers virtually unlimited possibilities for creating an individual version. Available in 17 body colors, 15 leather trim options, 8 types of veneer, 15 types of flooring. Particularly luxurious option can be Koak Acacia veneer – it is usually used to create unique guitars and surfboards. In addition, you can buy a package of VIP options Mulliner, which includes special pedals and 22-inch wheels.