Formula 1 is the most expensive sport in the world. This is not surprising, because the “Royal race” are very popular. The total audience of this sport, watching the 2018 season, amounted to 1.76 billion viewers. This is quite successfully used by the International Automobile Association (FIA), which is headed by the former head of the Ferrari of the 90s and 2000s, Jean Todt, and the actual owner of the Big Circus, Bernie Ecclestone The teams, of course, also do not stand aside.

Why is Formula 1 the most expensive sport in the world?

The first source of income that can be viewed for F1 is of course television broadcasts. Promotional contracts contain amounts with a large number of zeros. To buy TV rights to show in any country, you need to compete for a long time with other channels that want to broadcast. Add here and fees that pay trails for each race. And these are four days (two days of practice, qualification and race), each of which is watched by millions. Wanting to get Grand Prix is also missing. In particular, starting from 2020, the race in Vietnam will be added to the calendar.
Returning to the topic of advertising, Key Partners of Formula 1 are three companies – Heineken, Rolex, DHL. And if the first two transfer money for this right, then the scheme of cooperation with DHL is somewhat different. The amounts are smaller here, but the logistic operator provides free transportation services for teams’ equipment.
Surely you know that in “Formula 1” there is the Designers’ Cup – the prize for the team, whose pilots total score the most points. And depending on the position in this list, the teams receive a certain reward. 150 million euros are transferred to the winner’s account. Even the worst team in the ranking gets 40 million euros.
The main source of income for F1 teams was and it remains advertising. In order to get the right to advertise on the car or by other means, companies pay tens of millions of dollars. However, there is no free space on cars. Most of the cars are sealed with advertising stickers almost completely.
In addition to the actual visual advertising on cars, mechanics, in boxes, companies also get other benefits from cooperation. For example, the status of partner and the ability to hold official events with the participation of team pilots. 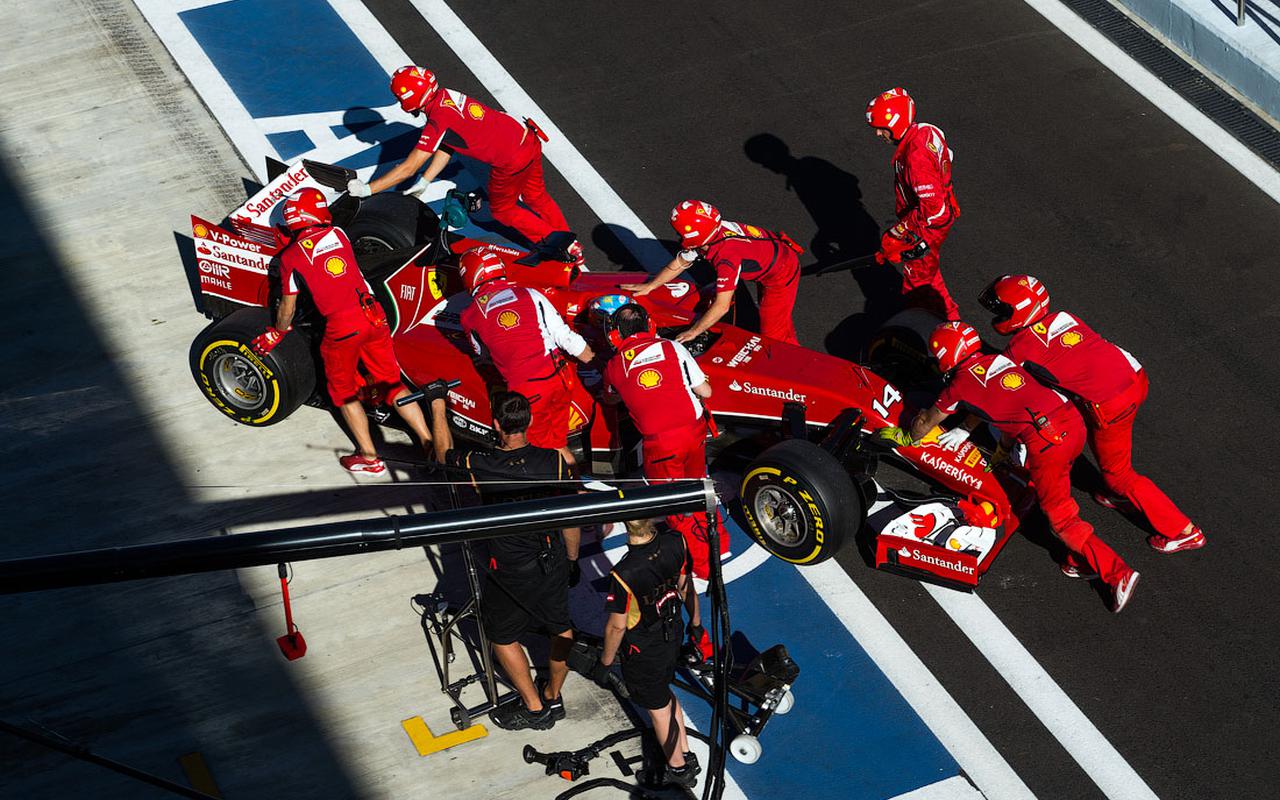 For example, Shell, a well-known manufacturer of fuel and motor oils, cooperates with Ferrari and personally with Kimi Raikkonen, who left the stable in 2019. However, this collaboration was so profitable that Shell provided the 2007 World Champion with a lifetime free supply of fuel. Raikkonen is a popular pilot, and his advertising really works. Thousands of his fans refuel daily at Shell gas stations and buy engine oil from the manufacturer.
Add to the list of income and scientific, as well as design activities. The unique development of each team is not only used on the car, but also provided to partners. A little known fact: Ferrari and McLaren support the bobsleigh teams in Italy and England, and use their designs to improve the sled aerodynamics. Another example is Adrian Newey. The designer of the dominant fireballs of the beginning of the 2010s in Red Bull is also engaged in the creation of racing boats.