VR Headset of the Finnish manufacturer Varjo will cost $ 6000

The Finnish company Varjo finally launched the first VR headset with a resolution like a human eye. If you buy a novelty from the startup site directly, it will cost 6000 dollars. VR-1 model, according to the developers themselves, is designed exclusively for professionals who are engaged in industrial design, modeling, project development, construction or architecture. These glasses work simultaneously with VR and AR and have a very high resolution – manufacturers boast that the picture quality is close to what our eyes see.

The success of Varjo gadget

The Finnish company Varjo already actively works with such large companies as Volkswagen, Audi, Airbus, Volvo and many others. The original gadget has a resolution of more than 60 pixels per degree and catches the user’s eye. Together with $ 6,000 glasses, the client receives Link Box to connect to a personal computer, cables with all the necessary connectors and a power cable with three adapters – for European countries, America and the UK.

It is noteworthy that the joysticks are not included, it is necessary to buy them in addition. You will also have to pay extra for headphones and SteamVR stations to determine the position of accessories in the virtual space.

The electronic and mechanical system called Bionic Display stands for an unusually high resolution: it’s all about the use of two displays: one type of AMOLED, the standard size with a resolution of 1440×1600 for the picture that we see by peripheral vision, and the second is OLED micro-screen, with a resolution of 1920×1080 and a very high concentration of pixels to reflect the picture, which is in the center.
With the help of a special 20/20 Eye Tracker system, which was developed directly in Varjo, the accessory physically transports the mini-display to where the user looks. However, the latest product reviews say that the device still does not do it quickly enough for efficient operation. Also, the system is able to carry out accurate analytics and interact with content in virtual reality with an accuracy of up to a degree – a general overview of the diagonal is 87 degrees. 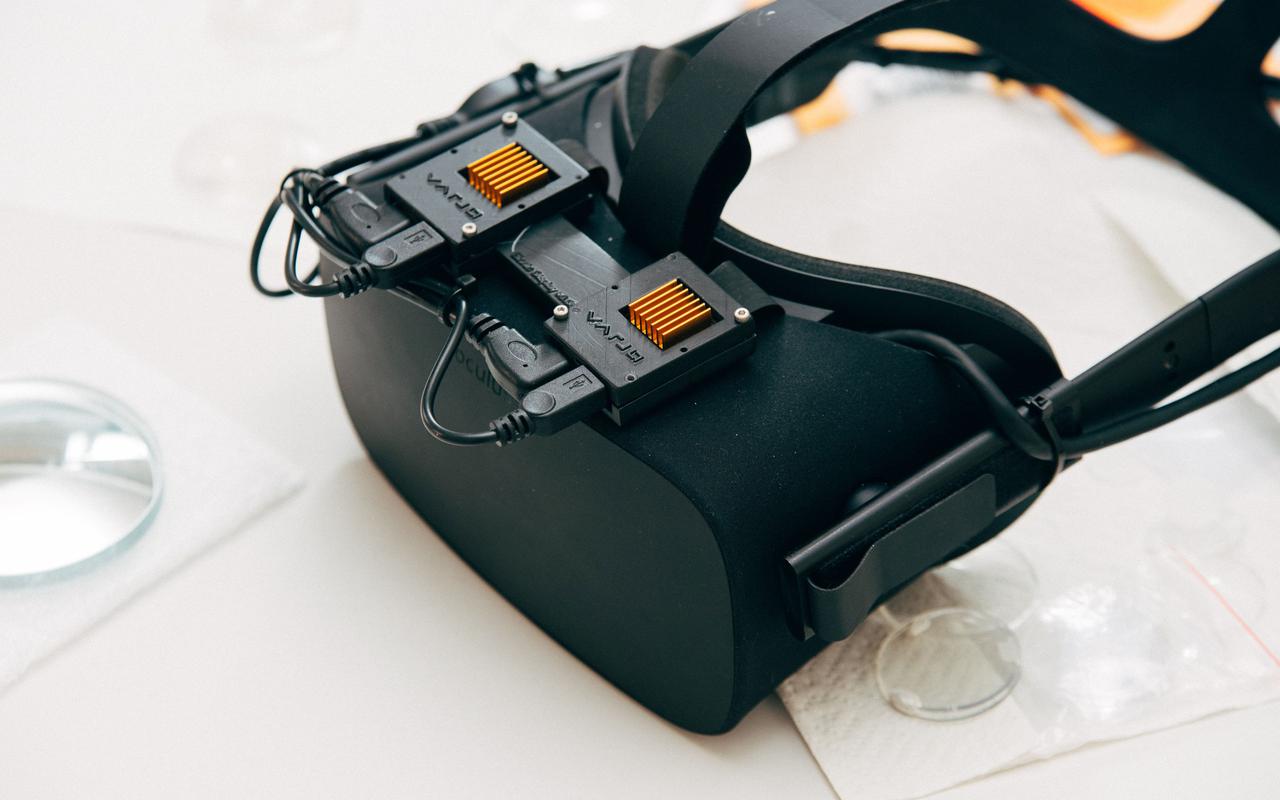 Glasses weigh is about 600 grams and weight with the mounting increases to 900 grams. This year, the company also promises to release another gadget, with which augmented reality will be possible. The product is positioned as an ideal device for maximum image detail. For example, with the use of such glasses, pilots can train or creation of accurate models of buildings is possible. Glasses will work in a variety of professional software environments, it is also possible to connect client 3D-engines.

The hardware part of the glasses is made by the partner of the company – Flex. Already 46 million dollars is invested in Varjo by large investors. VR-1 can be purchased in 34 countries in North America as well as Hong Kong and Europe. It is noteworthy that $ 6,000 is not the final price. In addition to such a rather big amount, you will need to buy a service package for $ 1000 every year. So far, only research institutes and private companies can buy the device but not individual users.